If you suffered motorcycle injuries, no matter whether the accident was on a sport bike or a cruiser, if it was caused by the negligence of a third party, you may have grounds to file a personal injury claim.

According to the NHTSA in 2016 alone, there were 5,286 motorcyclists killed and an estimated 88,000 motorcyclists were injured. Many motorcycle riders suffer serious or fatal injuries simply because drivers of cars and trucks do not see them. However, these drivers have an obligation to be on the lookout for other vehicles, including motorcycles. 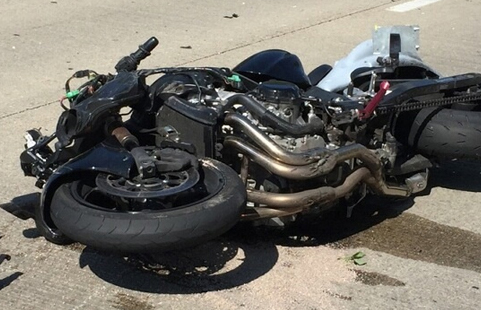 Unlike cars and other automobiles, motorcycles do not enclose the driver, nor do they typically have other safety features such as airbags to protect them. Because of this, motorcycle accidents can often be severe for the driver.

While such accidents can arise from a number of scenarios, typical cases involve the injurious party's vehicle failing to stop before turning right at a stop sign or red light, or even pulling out from a side street without looking. Motorcyclists are especially vulnerable to such accidents, and can sometimes result in serious injuries that incur large medical bills. While motorcyclists necessarily typically maintain a high level of awareness of traffic around them, drivers of larger vehicles unfortunately often do not practice due dilligence in looking out for smaller vehicles, as well as accounting for how their driving habits may need to shift to accomodate the safety of themselves and the driver.

If you have been injured in a motorcycle accident, call Rees Law Firm and we’ll help you take the next steps towards evaluating your case and determining the best course of action.

Explore our areas of focus:

Personal injury includes any claim where you are seeking compensation based on an injury caused by the negligence of a third party. If you or someone you love has been harmed through no fault of your own, call Rees Law Firm to help determine your rights.

Call us at 409.291.5119or send us a message:
Please provide as much detail as you can, and thank you for considering Rees Law Firm to assist you in your legal challenges. We understand the importance of fast responses in difficult times, and accordingly, your inquiry will be answered as promptly as possible. All information provided is private. Please note that submitting an inquiry does not create an attorney-client relationship.